All teenagers are concerned about the way they look. They are all trying to meet the unrealistic standards put forward by society, and it is never easy, especially for girls compared to boys. It is proven that girls are judged on their appearance more often than boys. A study by the Florida House Experience, a healthcare institution, performed a survey on 1,000 men and women, which focused on whether they had been judged or put down because of their physical appearance. The results found that 87% of women and 65% of men have been put down based on their physical appearance. It then went on to find that 50% of women and 37% of men compare their bodies to others on a daily basis. Characteristics shown to be the basis of attractiveness in females are commonly based on physical attributes, such as nice lips, dimples, perfect hair and a “slim thick” body, but most people can’t reach these prescribed standards and become desperately unhappy and insecure with their bodies. 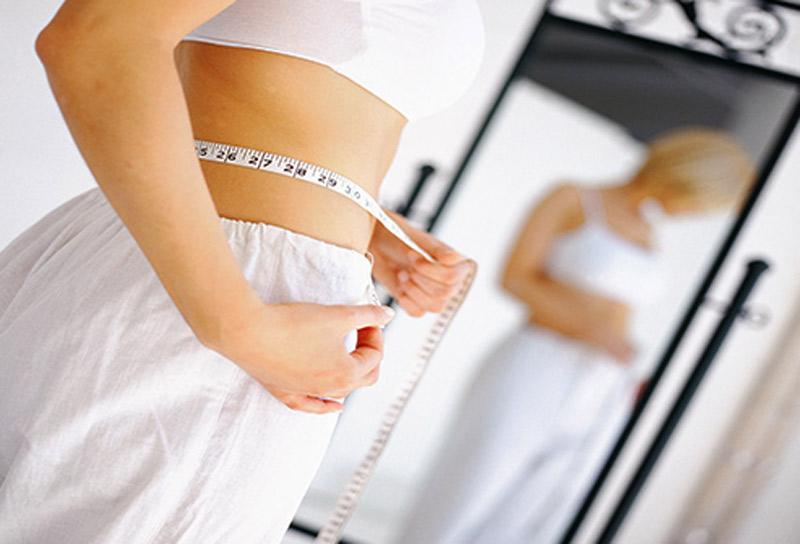 Social media is a leading influencer on how teenagers define body image, the so-called “perfect body”. Social media promotes specific images and standards of attractiveness and beauty. However, these images are unrealistic and photoshopped to make the models look “perfect”. Katherine Schwarzenegger’s book, “Rock What You’ve Got”, provided evidence that “the average fashion model is over six feet tall and weighs around 120 pounds [54kg]”. Katherine then says that “the average American woman is five feet four and weighs 140 pounds [63kg]”. That is less than 5% of all women who have the body type that they see in magazines, Instagram, Facebook, Tiktok etc. As a result of social media pressure like this, it is simple for girls to compare themselves to these models and feel the pressure to meet those high expectations that have been set by the media.

The media’s pressure us to have the “perfect” body from many angles, it is inescapable. By simply turning on your TV you will find shows and movies that are promoting people who are seen as “thin”. Music videos are known for showing off women in “sexy” outfits dancing around men with their shirts off. Billboards, posters, clothing shops etc, are continuing to promote unhealthy standards that promote a certain body type which requires a low body mass. This is the reason why so many teenagers are feeling unsatisfied with the way they look and why they are continuously trying to change their bodies just to “fit in”.

Social media isn’t only having a negative effect on teenagers’ physical appearance, but also the mental health of our youth. It is now becoming more obvious that an individual’s feelings, perceptions and opinions on his or her body are causing confusion about the way we teens should look.

The National Eating Disorder Association defines body image as “how you see yourself when you look in the mirror or when you picture yourself in your mind”. However, the way we see ourselves alters according to what we see in the media. Many experts say that the pressure to be perfect, is a leading reason why a large number of teenagers are developing body image disturbances (BID).

BID is described in two ways: internal and external, it can affect the way they feel emotionally and the way they behave.

The internal or mental health trappings of BID commonly lead to “obsessive striving for perfection”, depression, arguments about control issues, low self-esteem, family problems and social and or psychological traumas such as sexual promiscuity. In many cases, teenagers become so worried about their body image, that it can end up taking over many aspects of their lives.

The external or physical health effects of BID often result in eating disorders. Health experts now recognise three different types of physical BID. The first type is compulsive eating, more commonly known as binge eating. A person who binge eats will eat large amounts of food, even when they aren’t hungry. The second type is anorexia nervosa. This is where a person is restricting eating and doing excessive exercise, which is done to undertake complete weight gain control. The South Carolina Department of Mental Health reported that anorexia is the “third leading chronic illness in teenagers”. The last type is bulimia. A person who is putting themselves through bulimia will eat a large amount of food, but will then proceed to force themselves to throw up, or take laxatives or use multiple other ways to prevent gaining weight.

There is no denying that the media is failing to put forward healthy and realistic standards for young men and women. The pressure to be thin, muscular, “slim thick” and toned is influencing many of us to feel uncomfortable in the way we look. To make us think we need to try that diet or eat those foods, to make us hide our bodies until it’s not ours anymore.

So having discussed the implications of the unrealistic demands made on young people to confirm to unreachable standards – eating disorders have been shown to have a higher death rate than any other mental illness, the question remains – what can be done to address this?

I think it’s a real challenge for teens to stand against the media without help. Much as we are trying to decide our points of difference from parents and family, we are teenagers and we want to feel we fit in somewhere.
There have been some celebrities who speak out – Lady Gaga, Lili Reinhart, Zendaya , Kate Winslet and Lorde have all spoken up about airbrushed photos.

Dove’s campaign for real beauty has also gone a long way to normalising all body shapes and sizes, and seeing beauty no matter what the waist measurement.

But in my opinion I think that adults need to speak up alongside teens. I think we need to learn about self-esteem and assertiveness as part of our health education, in addition to teaching kids from primary school that these pictures are just fairy tales, and that adults need to also push for truth in the media, or the shocking mental health statistics among young people will only get worse.

Everyone knows someone in need, whether it's a family member, a school or work friend, an associate or someone that you meet as you are going about daily life. Perhaps you do not know where to find help. MyRivr uses your location details to be able to provide you with the exact service providers close to you should you need support or need a nearby agency.

As an ex-cop and gang member, Akerei (Rei) Maresala-Thomson has spent time witnessing the struggles and challenges of the New Zealand community

After 12 years serving with the NZ Police, Rei resigned from his role as Senior Sergeant in Charge of the Pacific, Ethnic and Asian portfolio for Counties Manukau in March, 2017.

He has made it his mission to continue confronting issues, and trying to improve Pacific wellbeing in NZ – but this time he is using technology.

Rei is now the Technical Advisor for free app MYRIVR, a self-funded and volunteer managed concept from the community which was developed and released in 2015 by Corefusion Limited as MASA (Multi-Agency Services Application) to assist in a successful trial with Counties Manukau Police.

MYRIVR is now NZ’s largest in-app directory of community services, enabling visibility and instant access to more than 20,000 helpers and over 7,000 health and social services around the country.

If it is an emergency and you feel like you or someone else is at risk,

We are open every day of the week, 365 days of the year. Including public holidays.

Kidsline is now part of 0800 what's up so both have the same contact numbers and opening hours.

If you have any questions or queries, please email us on whatsup@barnardos.org.nz

Lifeline's telephone counselling service provides 24 hour a day, 7 day a week counselling and support. Calls are confidential and free and you will speak to a trained Lifeline counsellor.

Information for parents on creating a safe online learning and social environment for your children at home.

Information and advice about cyberbullying for young people, parents and teachers.

Kia Kaha is a school-based programme that aims to help schools create environments where all members of the community feel safe, respected and valued, and where bullying cannot flourish.

Depression Helpline – 0800 111 757 or free text 4202 (to talk to a trained counsellor about how you are feeling or to ask any questions).
This includes includes The Journal online help service.

An online e-therapy tool provided by the University of Auckland that helps young people learn skills to deal with feeling down, depressed or stressed.

0508MUSICHELP – The Wellbeing Service is a 24/7 online, on the phone and in-person counselling service fully funded by the NZ Music Foundation and provided free of charge to those in the Kiwi music community who can't access the help they need due to hardship and other circumstances. Call 0508 MUSICHELP.

We all face challenges to our mental health at various times in our lives. The way we’re feeling can change how we think and how we deal with tough times.

There’s a range of resources and services available to help including phone and online services and information, as well as face-to-face support.

Most services are free and provide information and confidential advice from trained professionals. There's also information for family, whānau, or friends if they need advice and support.

If you’re told that there is a waiting time for a service, please still reach out and make contact. Other supports can be put in place – ask what you can try in the meantime.

Helplines for children and young people

Need to talk? Free call or text 1737 any time to talk to a trained counsellor.