Years ago, before memes were even a thing, I found an image on a site that sold “humorous” but off colour T-shirts. It was of an overweight, middle-aged, bearded, dodgy-looking man wearing a shirt that said “I’m the 14-year-old girl you were chatting to on the Internet last night”.

Social media was just getting going and smartphones had not yet made an appearance much less become the ubiquitous companion of every young person. But already the wrong type of people had seen the opportunity to exploit the technology for their own twisted purposes.

How far have we come today in terms of technological advances? Back then it was mostly hiding behind the anonymity afforded by the Worldwide Web. Now, images & video can be transmitted anywhere in the world at lightning speed. The visuals themselves can be manipulated and faked and the potential for deception has grown exponentially. So if we accept that “stranger danger” in the digital world is an inescapable reality, what, if anything can we do about it?

Potential abusers will always try to target the vulnerable. Our kids fall squarely into that band mostly because of naivety and lack of experience. If not correctly prepared for what dangers potentially lurk in the online environment they become vulnerable to abuse, be that sexual exploitation, manipulation or just plain intimidation. As with many things the starting point is always good communication.

Three Major Areas that can be addressed

From the moment the youngsters in your care begin using the technology you should be having frequent, honest and open discussions with them about their experiences. The following is a guide to a 3 pronged approach for dealing with negative experiences on the web. 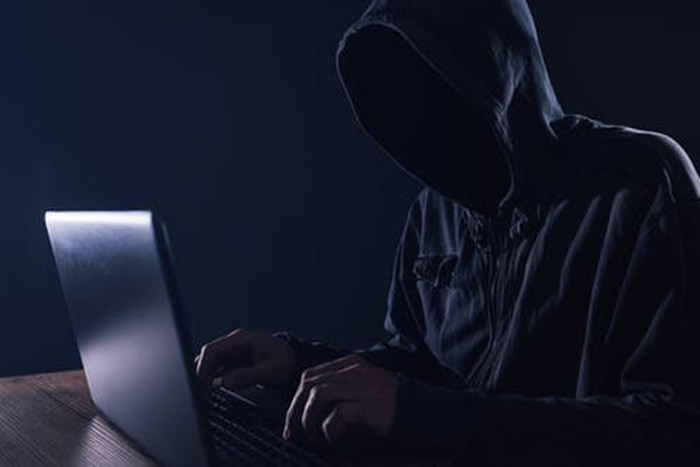 Don’t delay, start when they are young

When kids first start to explore the digital world they often have difficulty separating fantasy from reality. The younger they are the more difficult it is for them to make the distinction. Something I have personally used with my own child was to show him a character like Thor, for example, then point out Chris Hemsworth in a completely different role in another movie. This opens up a conversation that “that guy” is not actually Thor but someone who’s job it is to act as different people in many films, i.e. it’s his “work” just like some people are mechanics and others are firefighters.

With persistence, eventually, the light bulb illuminates as they begin to understand that what is being presented to them is often nothing but an illusion. They can then be guided to understand that some illusions are harmless and created purely for entertainment, but that others are set up specifically to trick them into parting with something, be that money or something much more personal.

I’m Enough Charitable Trust was set up with the goal of helping young people safely navigate the digital space. If those in our charge clearly understand that they are seen, valued and loved just as they are, hopefully, they will be less likely to look for approval and acceptance from strangers.

Everyone knows someone in need, whether it's a family member, a school or work friend, an associate or someone that you meet as you are going about daily life. Perhaps you do not know where to find help. MyRivr uses your location details to be able to provide you with the exact service providers close to you should you need support or need a nearby agency.

As an ex-cop and gang member, Akerei (Rei) Maresala-Thomson has spent time witnessing the struggles and challenges of the New Zealand community

After 12 years serving with the NZ Police, Rei resigned from his role as Senior Sergeant in Charge of the Pacific, Ethnic and Asian portfolio for Counties Manukau in March, 2017.

He has made it his mission to continue confronting issues, and trying to improve Pacific wellbeing in NZ – but this time he is using technology.

Rei is now the Technical Advisor for free app MYRIVR, a self-funded and volunteer managed concept from the community which was developed and released in 2015 by Corefusion Limited as MASA (Multi-Agency Services Application) to assist in a successful trial with Counties Manukau Police.

MYRIVR is now NZ’s largest in-app directory of community services, enabling visibility and instant access to more than 20,000 helpers and over 7,000 health and social services around the country.

If it is an emergency and you feel like you or someone else is at risk,

We are open every day of the week, 365 days of the year. Including public holidays.

Kidsline is now part of 0800 what's up so both have the same contact numbers and opening hours.

If you have any questions or queries, please email us on whatsup@barnardos.org.nz

Lifeline's telephone counselling service provides 24 hour a day, 7 day a week counselling and support. Calls are confidential and free and you will speak to a trained Lifeline counsellor.

Information for parents on creating a safe online learning and social environment for your children at home.

Information and advice about cyberbullying for young people, parents and teachers.

Kia Kaha is a school-based programme that aims to help schools create environments where all members of the community feel safe, respected and valued, and where bullying cannot flourish.

Depression Helpline – 0800 111 757 or free text 4202 (to talk to a trained counsellor about how you are feeling or to ask any questions).
This includes includes The Journal online help service.

An online e-therapy tool provided by the University of Auckland that helps young people learn skills to deal with feeling down, depressed or stressed.

0508MUSICHELP – The Wellbeing Service is a 24/7 online, on the phone and in-person counselling service fully funded by the NZ Music Foundation and provided free of charge to those in the Kiwi music community who can't access the help they need due to hardship and other circumstances. Call 0508 MUSICHELP.

We all face challenges to our mental health at various times in our lives. The way we’re feeling can change how we think and how we deal with tough times.

There’s a range of resources and services available to help including phone and online services and information, as well as face-to-face support.

Most services are free and provide information and confidential advice from trained professionals. There's also information for family, whānau, or friends if they need advice and support.

If you’re told that there is a waiting time for a service, please still reach out and make contact. Other supports can be put in place – ask what you can try in the meantime.

Helplines for children and young people

Need to talk? Free call or text 1737 any time to talk to a trained counsellor.