Digital devices, the current reality for many young families and the link between mental health and time online

Digital devices, the current reality for many young families and the link between mental health and time online 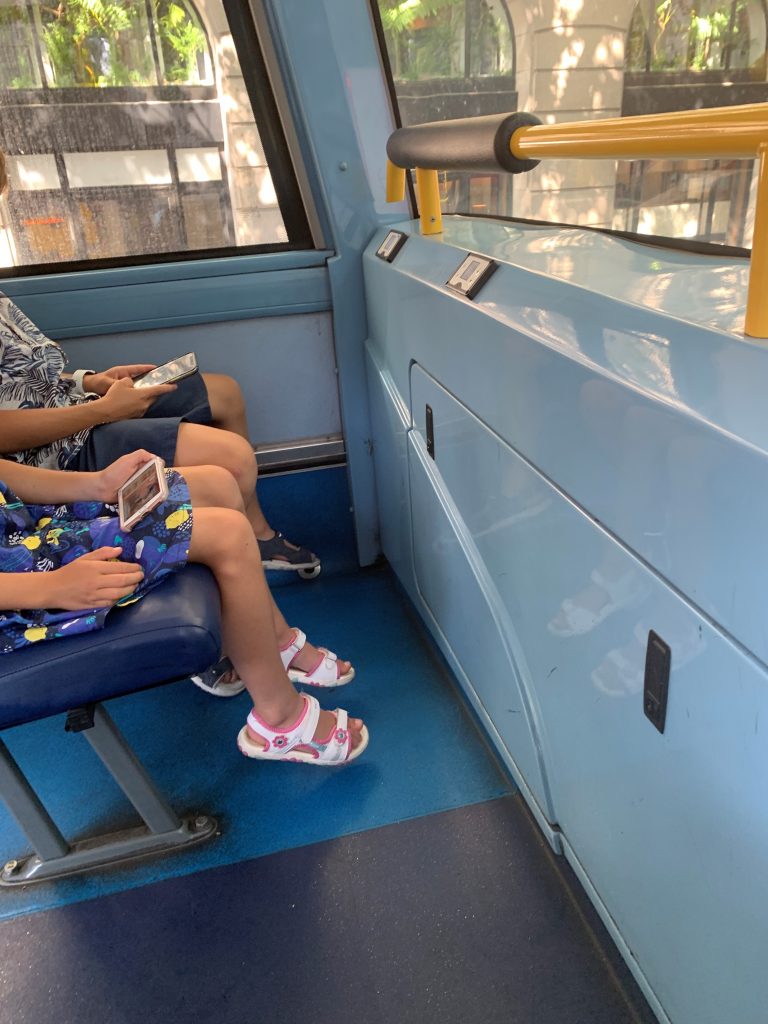 A link between mental health and time online?

Sitting in a beautiful city, focused on absorbing the culture, experience, noise, and the view, I was taken by a young family boarding the day city exploring bus.

I was intrigued by the family situation that I was observing. The family’s young children – aged between 5 and 8 years old proceeded to take a seat at the front of the bus. Perhaps the best place on the bus to admire the city views and iconic landmarks.  They were certainly tourists and out to explore the sites on this day tour of the city bus.

I noticed that rather than embracing the experience and sites, both young children pulled out their digital devices and proceeded to play games for the full duration of their ‘on the bus experience’. When the parents gave them the signal to disembark from this sightseeing bus, the children calmly put their devices away and hopped off the bus.  The result, they had not done anything but play computer games.  They had missed landmarks, they had not taken in any commentary and the total tourist experience had potentially been lost to them.   They had perhaps reached the next level in their game though.

As someone who works closely with young people and understands the impact of positive mindfulness I am aware of the impact that high levels of digital use can have on a young mind and it’s wellbeing. I am also aware of how important family communicating, interacting and engaging with each other is to those young developing people. Sadly, this opportunity to explore, engage, connect and be in the moment was completely missed.

As I watched and observe these young children in digital land, not taking the beauty of the current moment, I sadly reflected upon the following facts and the current reality.

Do you think that the use of a digital device was better entertainment for a young child than exploring a new city?

We would be interested in hearing your stories, lessons learnt and views.

Please reach out to I’m Enough with your comments.